This paleo pie crust has literally been a labor of love. I learned how to make pie crust from my mother at a very young age. Every Thanksgiving she made TONS of pie. Given all that she had to get done for the rest of the meal, I remember at an early age, she put me in charge of making all the crusts for those pies. Many hands make light work, so “to work” my hands began! The recipe and technique she used, she learned from her Home Economics teacher from when she was in junior high school. So it goes way back to around the early 1950’s, and it was full proof! Albeit totally different than any other pie crust recipe around.

Fast forward about 35 years, Thanksgiving 2013 we indulged in the standard pie crust fest. We were celebrating my angel momma at this point, it was our first Thanksgiving without her, so lots of tender memories about her were shared along with the pies!

When Thanksgiving rolled around last year, I made many attempts at making a Paleo pie crust and nothing I tried seemed worthy of what my mom would have considered a true pie crust, there were tears. Many of them in private. Pies are “Thanksgiving” to our family almost as much as the big turkey bird itself! So, to not be able to provide that tradition, and warm fuzzy of my mom, for my family was painful. I ended up making pies, with Paleo fillings and the standard crust my mom taught me so many years ago. We cut pieces of pie like always, only eating the insides and leaving the crust on the plate. It was not exactly the same, but gave us our “pie fix” I suppose.

Now, here we are, Thanksgiving 2015! I started experimenting a few weeks ago with pie crust and was anxious to see if using Otto’s Cassava Flour would be the game changer I was hoping for. We LOVED the tortillas we made with them, so I was optimistic that I would have great results! I started by just trying my mom’s recipe and using the same 1:1 ratio of standard wheat flour to Otto’s flour, it did work better than I’d expected. However, once cooked was just a bit tough so I knew that I’d have to tweak it a bit to get the texture and feel of what I was hoping for. I knew it was lacking some elasticity, so I began scouring the web to see what other’s had tried or not tried. Paleo baking is a lot like chemistry sometimes…gah!!

It has been a wonderful journey of exploration and education coming up with what I think is a winner recipe for pie crust. Nothing short of what I was expecting, our journey for nearly the last two years has been just that. A journey of healing, wellness and bonding for our family. I believe that my sweet angel momma was lingering around helping me figure this one out, she’s amazing like that. Always was in life and continues to be present from her Heavenly home.

Otto’s cassava flour…just not sure where to start. It’s made ALL the difference this year for our Thanksgiving! Because as I mentioned above, Thanksgiving = Pie for our family. So this year, we’re having it, Paleo pie – filling and CRUST!!! It will be an emotional day on Thursday when we pose for pics of pie this year and all the happy faces.

Otto’s cassava flour is a wonderful product and I’m anxious to try making many more things with it! My next exploration will probably be muffins with this amazing flour! Before we began our Paleo journey, I made muffins. Lots and lots of them. Almost opened a bakery because people loved them so muc. Stay tuned for that. I’m thinking it’ll be just as amazing!

Please enjoy this recipe and if you feel like there’s a short little brunette momma angel hanging around while you’re rolling this crust out, it’s probably my momma! Enjoy that too, she’s a wonderful lady!

paleo pie crust, for all your pastry needs 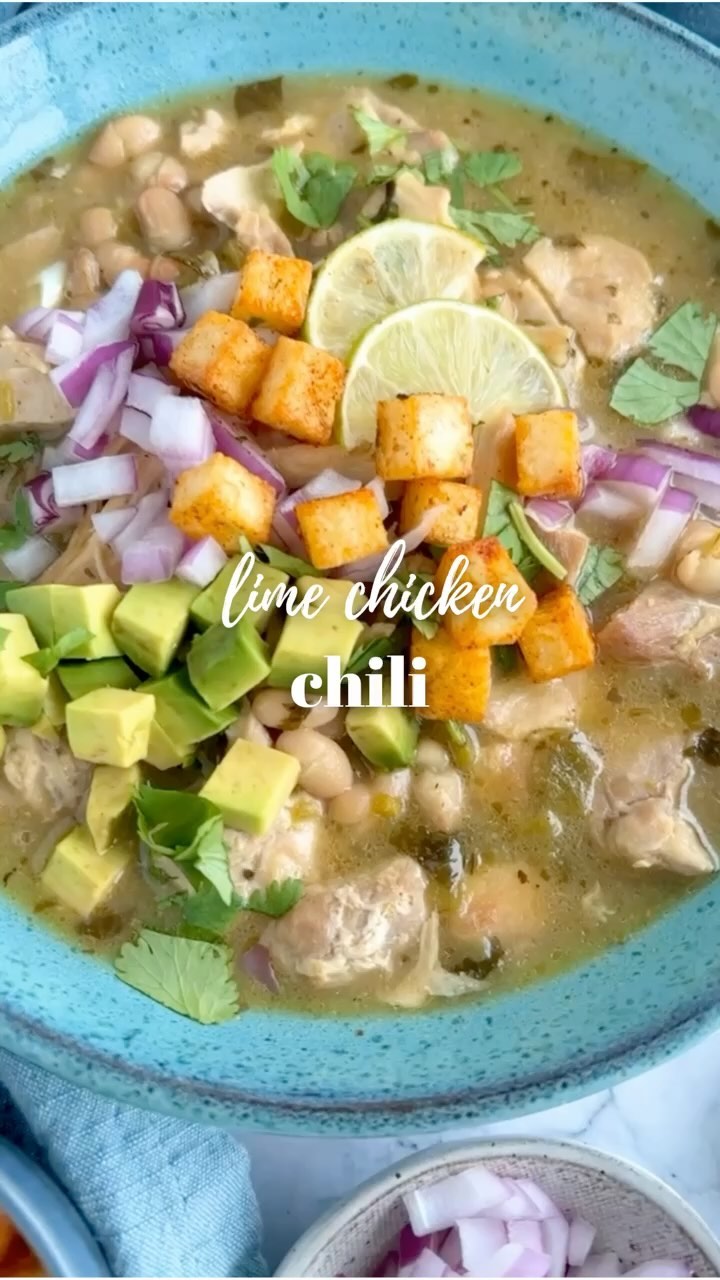 backporchpaleo
•
Follow
LIME CHICKEN CHILI - with potato croutons, so yum right!? Chilly days require warmth in a bowl! Layers of flavor & loads of delish! . IP amazingness - so it’s ready in a jiffy! . get the recipe via link in our profile! https://backporchpaleo.com/2021/12/22/lime-chicken-chili/ @ottosnaturals @fourthandheart @instantpotofficial @whole30
View on Instagram |
1/9

backporchpaleo
•
Follow
CREAMY PARMESAN BITES - for our paleo flexible & gluten free friends, it’s time for some creamy deliciousness. Because #fingerfood isn’t just for the holidays & is totally enjoyable ANYTIME! . There is some optional dairy included in the cracker recipe - found exclusively over at @foodsocial.io . Made with our PIE CRUST RECIPE or PIE CRUST MIX using grass fed butter & does have some parmesan cheese. Click over via the link in our profile & have a peek at this fun new recipe. https://foodsocial.io/recipe/creamy-parmesan-bites/ @primalpalate @legitbreadcompany @ottosnaturals
View on Instagram |
2/9 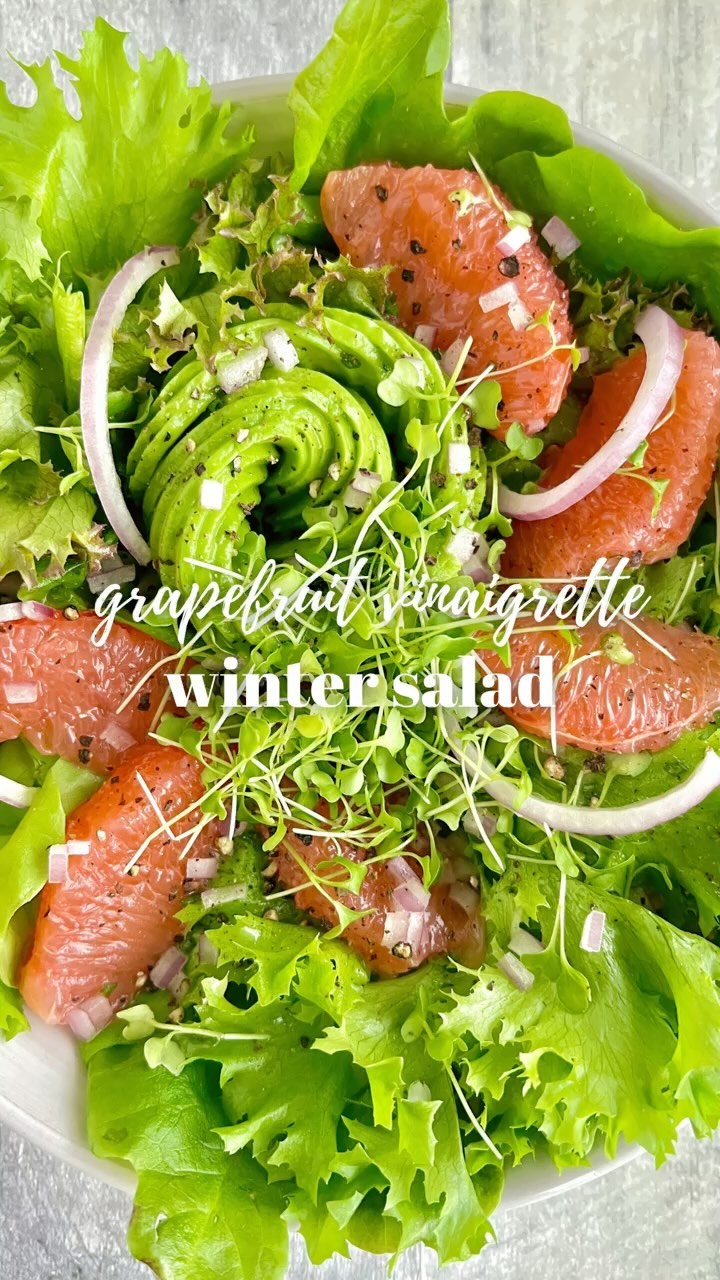 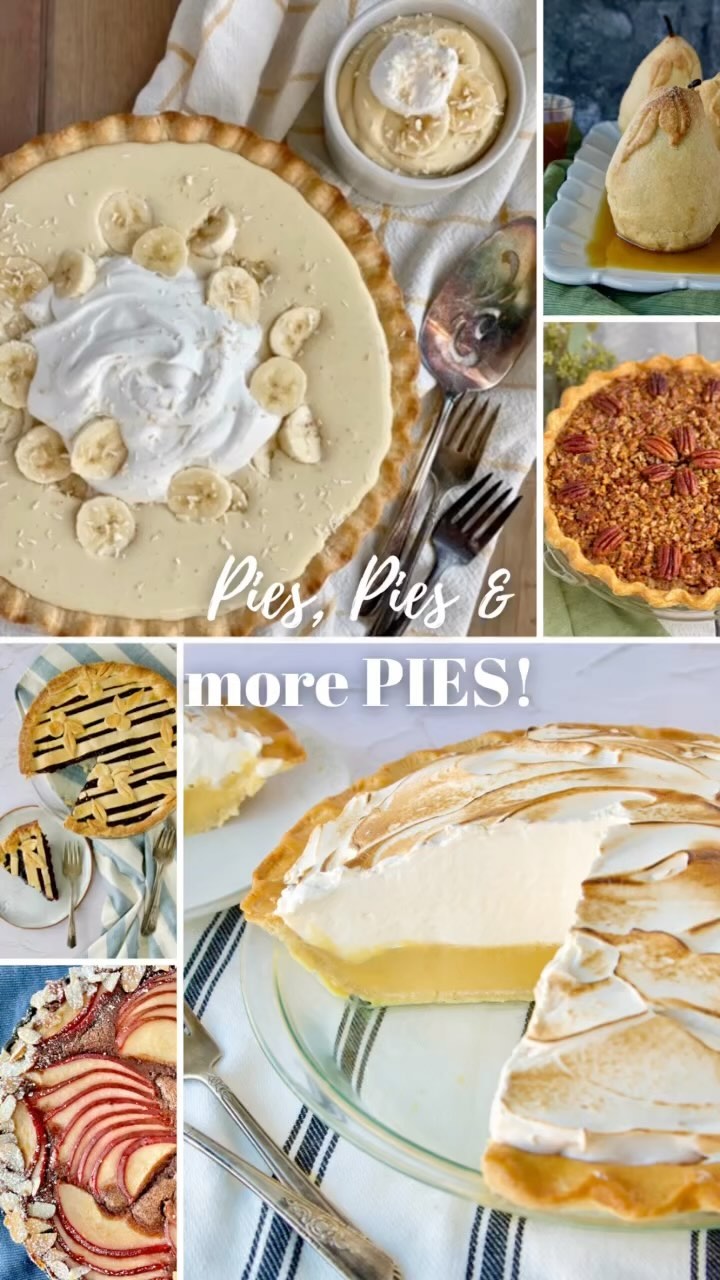 backporchpaleo
•
Follow
Pies, Pies & MORE PIES! Pretty sure you’ll find one to make your holidays delightfully DELISH!!! . Head over to @foodsocial.io & check out all our recipes there! . @legitbreadcompany @ottosnaturals https://foodsocial.io/user/324898/recipes/#myuploads
View on Instagram |
4/9 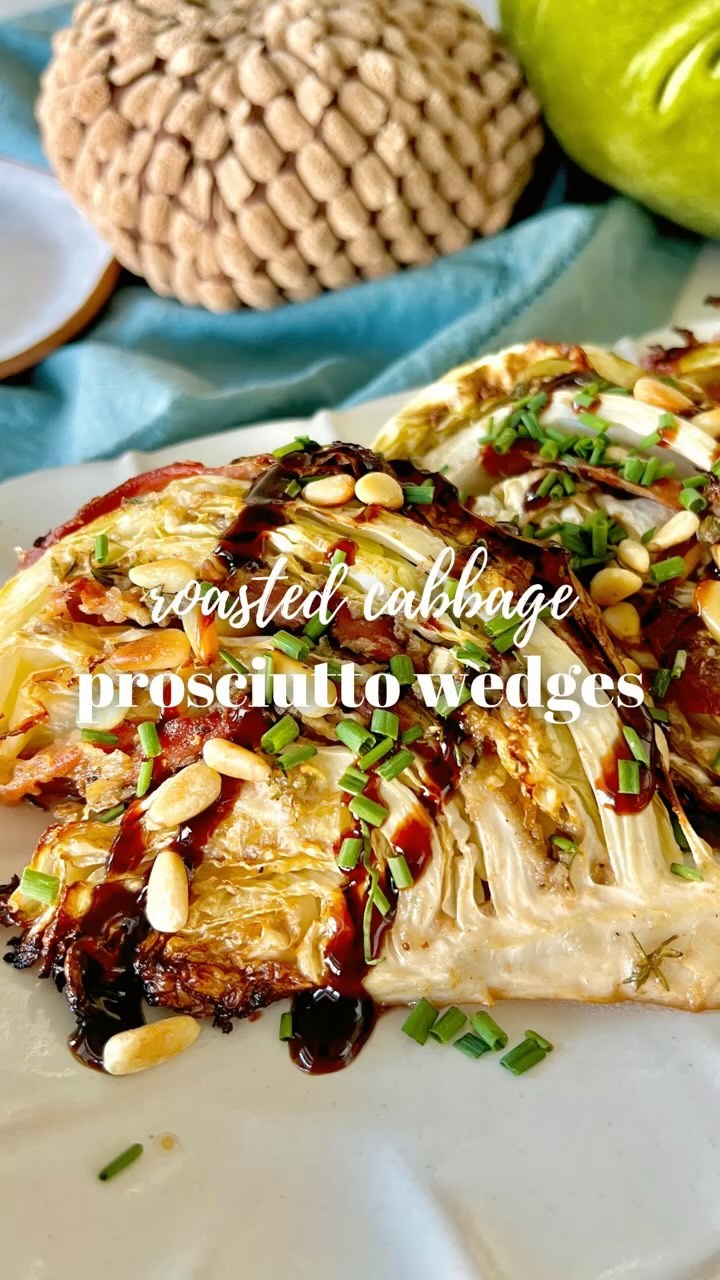 backporchpaleo
•
Follow
🥬 ROASTED PROSCIUTTO CABBAGE WEDGES - it’s how the humble cabbage gets elevated to side dish royalty & is the new, scrumptious addition to your holiday table! Family/guests won’t know how they ever lived without it! 🙌🏻 . It’s one of the sides you can absolutely prep ahead of time! How wonderful is that?! . It’s Paleo, Whole30 & maybe low carb?? haha, don’t quote me on that one! . Recipe can be found exclusively over at @foodsocial.io via the link in our bio! . @whole30 https://foodsocial.io/recipe/roasted-prosciutto-cabbage-wedges/
View on Instagram |
5/9 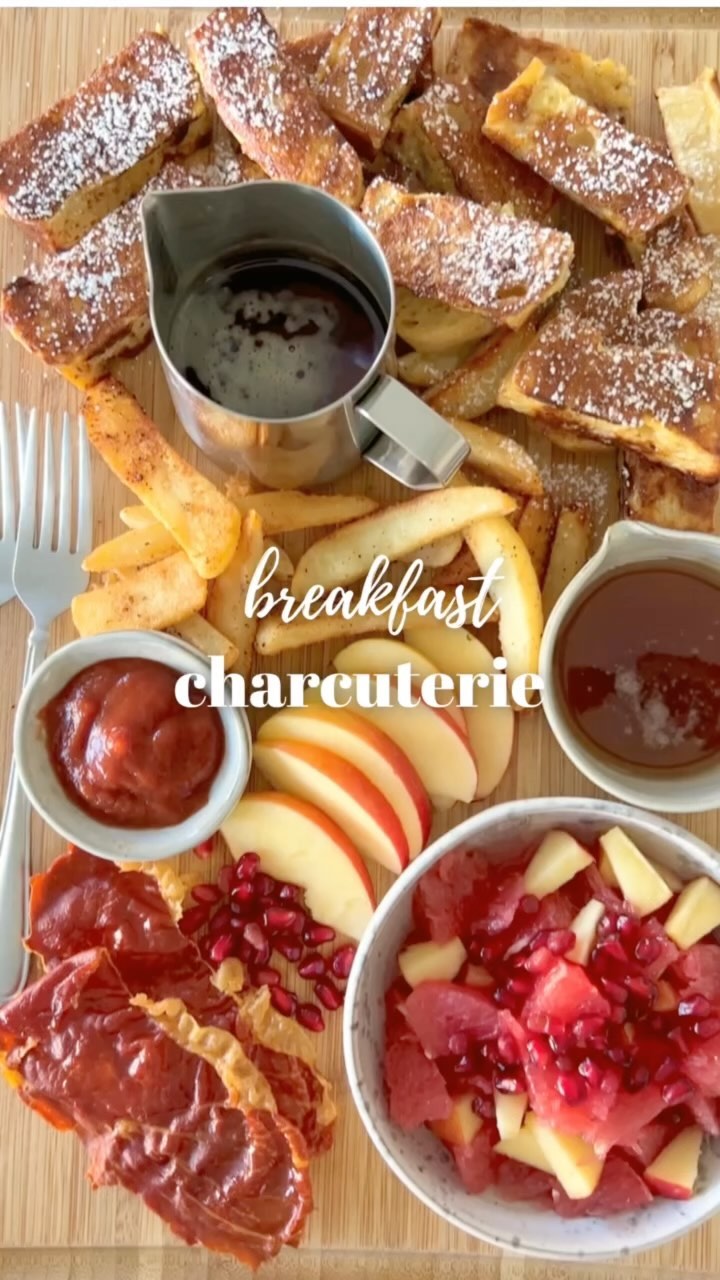 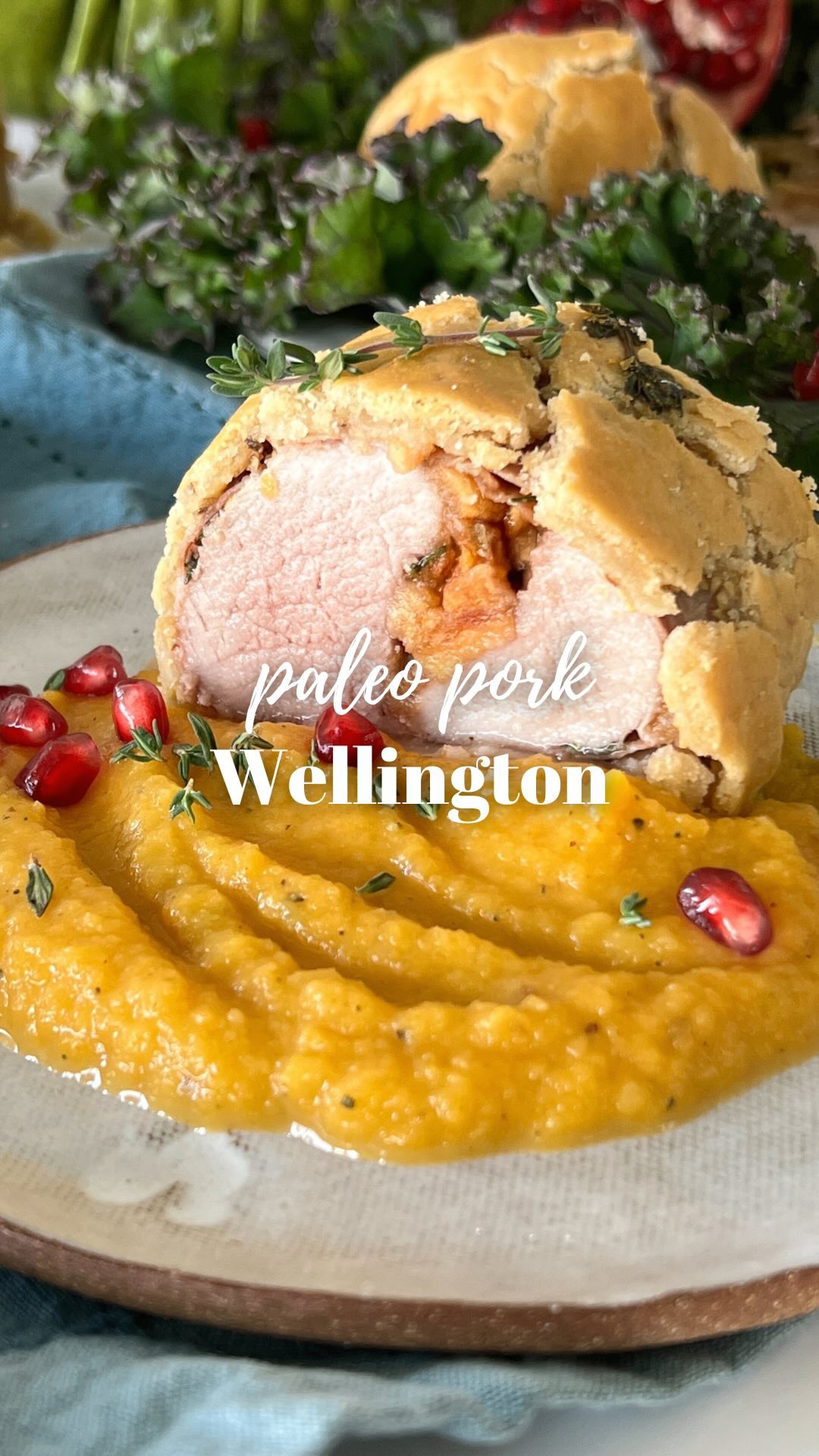 backporchpaleo
•
Follow
Paleo PORK WELLINGTON - a kissing cousin to the more well known “beef Wellington” - however, far more affordable using a pork tenderloin. All the fancy feels but easier to make than you might think. . Perfect for a smaller gathering like FRIENDSGIVING or for those they may not really care for turkey on the big day. . Filled with dried apples, rolled up in prosciutto, wrapped in pie crust, then baked to perfection. Prep in advance of that “fancy” meal so you have more time for visiting with your guests. . Recipe can be found exclusively at @foodsocil.io via the link in our bio! https://foodsocial.io/recipe/pork-wellington/ @legitbreadcompany @ottosnaturals @thenewprimal @butcher_box @baresnacks
View on Instagram |
7/9 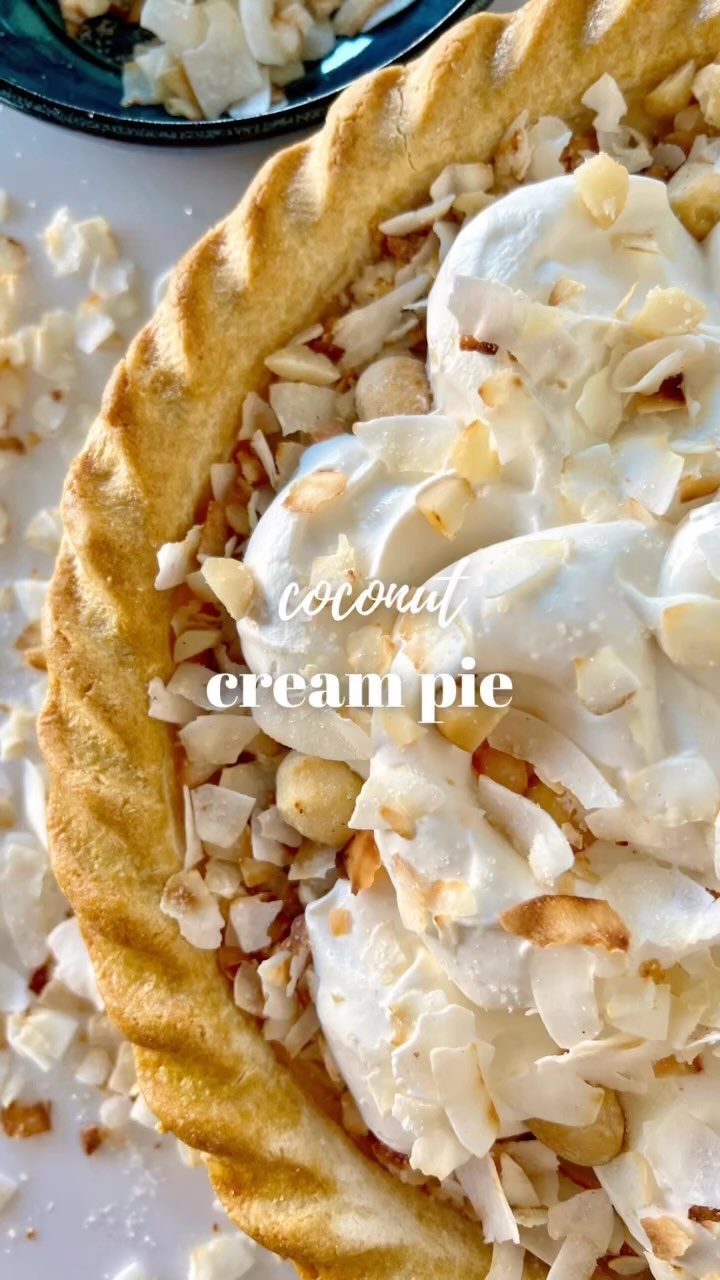 backporchpaleo
•
Follow
🌴🥥 Yup...we’ll just leave this right here! Happy Friday & who wants a slice?! 🌴🥥 . COCONUT CREAM PIE...time to dive into the weekend! . Recipe exclusively at @foodsocial.io - grab it via the link in our profile! https://foodsocial.io/recipe/coconut-cream-pie/ @legitbreadcompany @ottosnaturals @fourthandheart @watkins.1868
View on Instagram |
8/9 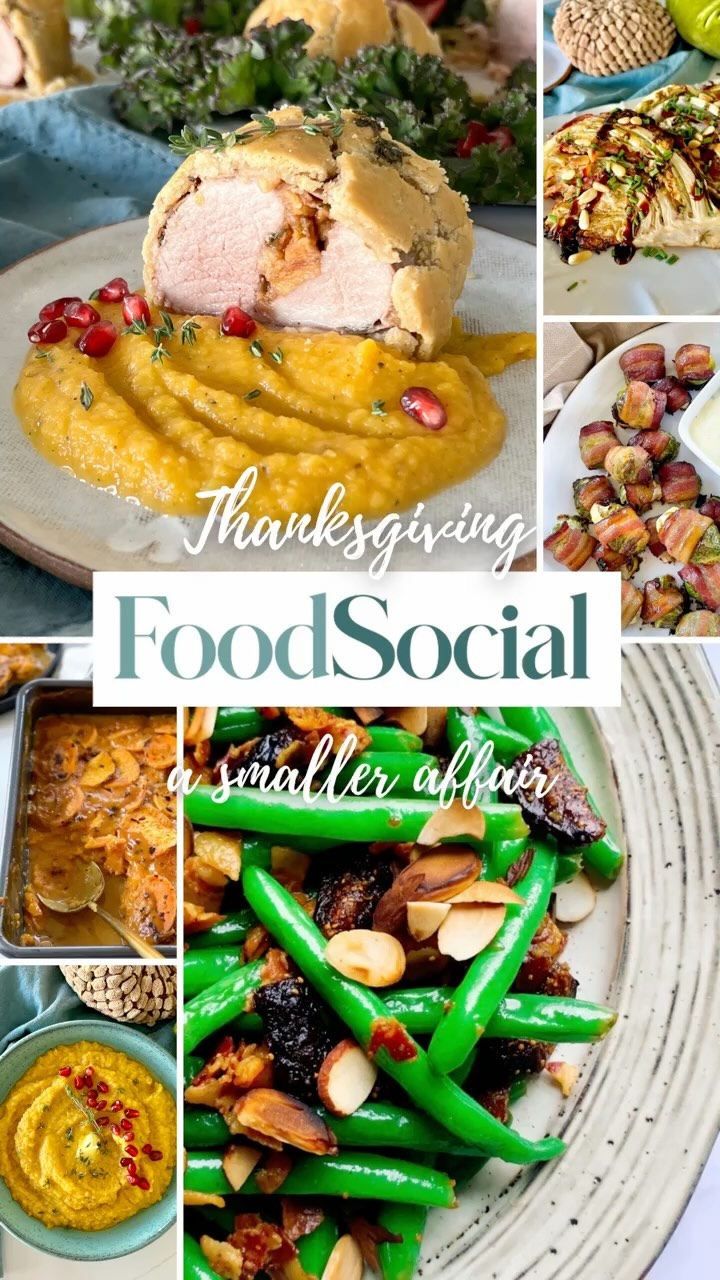 backporchpaleo
•
Follow
THANKSGIVING...a smaller affair! Please join us today via a LIVE ZOOM, where Elishah & I from @spoonsnspices will kick off the HOLIDAY SEASON with the FOOD SOCIAL family, chatting about our offerings for a spectacular meal. This is a FREE EVENT for any & all our food loving friends! . We’ve got an appetizer, a main dish & 4 yummy sides! If you’re looking at a holiday meal for a smaller crowd, or possibly a FRIENDSGIVING, we’ve got you covered. . Maple Glazed Bacon Wrapped Brussels Sprouts Green Beans with Pancetta & Figs Roasted Prosciutto Cabbage Wedges Roasted Butternut Squash Purée Chipotle Scalloped Sweet Potatoes Pork Wellington . Hope to see you at: 5:00 EST (3:00 MST/2:00 PST) ~ use the link in our bio to tune in! http://bit.ly/3hL7jNC
View on Instagram |
9/9
View on Instagram
Loading Comments...
%d bloggers like this: