Paleo ROCKY ROAD PUDDING – all the creamy without the dairy or eggs! Technically this one is also Vegan or if you have an egg allergy, this ones for you!

After coming up with a PISTACHIO PUDDING tart last month, it seemed like a logical choice to also make a chocolate pudding. Then it also seemed a very spectacular idea to make a paleo ROCKY ROAD PUDDING! Because let’s be honest, pudding needs some kind of texture with it right?

Since we have a soft spot for SWEET APRICITY MARSHMALLOWS (see what I did there) – it was very easy to make this happen. You can add the kind of nuts you prefer. I believe traditionally, toasted almonds are the original choice, but it’s since evolved and we love pecans so we chose those! You be you!

A little history on where the name “rocky road” came from, at least according to Wikipedia!

According to one source, the flavor was created in March 1929 by William Dreyer in Oakland, California when he cut up walnuts and marshmallows with his wife’s sewing scissors and added them to his chocolate ice cream in a manner that reflected how his partner Joseph Edy‘s chocolate candy creation incorporated walnuts and marshmallow pieces.[2]Later, the walnuts would be replaced by pieces of toasted almond. After the Wall Street Crash of 1929, Dreyer and Edy gave the flavor its current name “to give folks something to smile about in the midst of the Great Depression.

Making this a parfait does a couple fun things. It’s visually so appealing in layers and it also lends some amazing textures. Since we eat with our eyes first, making things pretty can be so fun. Adding the whipped cream is optional, but does create more of a “milk chocolate” pudding. If you choose not to use it, you’ll have a darker chocolate pudding. Win, win regardless and scrumptious either way!

Don’t want to make parfaits? No problem! Enjoy as a stand alone pudding without any of the textures and your taste buds will still be so happy. Rich, creamy and oh so chocolatey! You would never guess this pudding is made dairy and egg free. Truly so good! 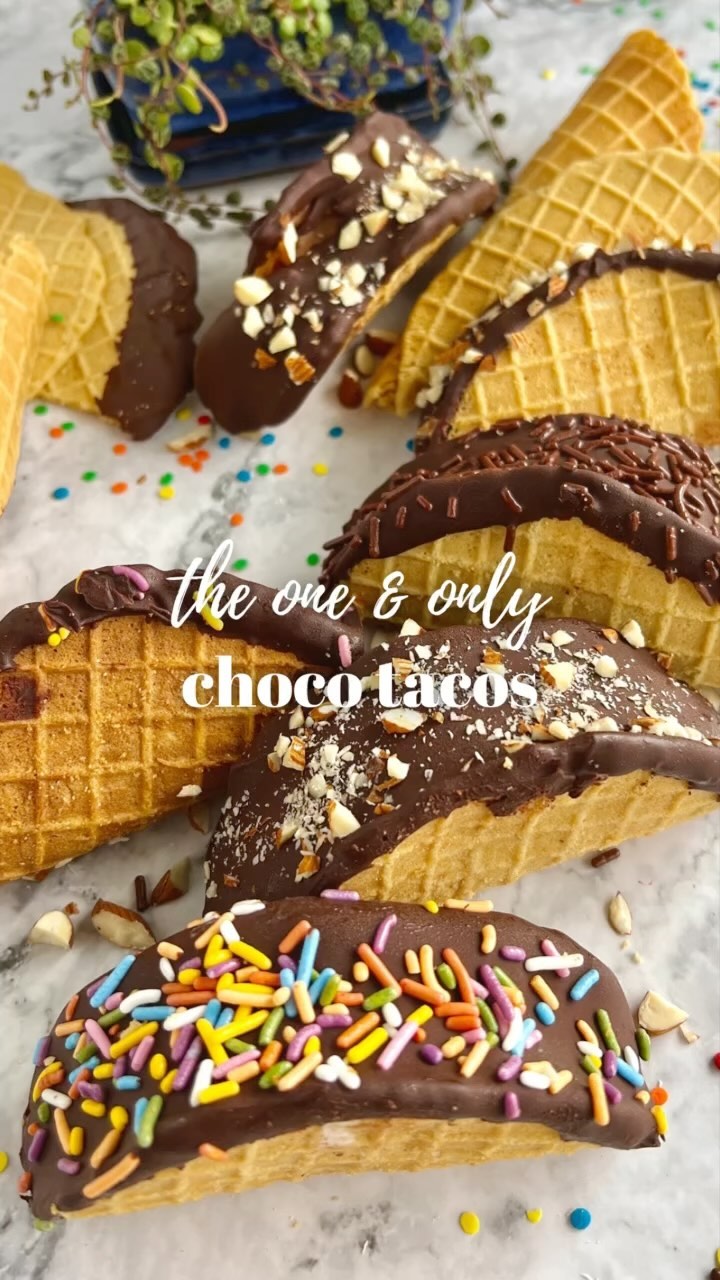 backporchpaleo
•
Follow
[new] 🌮 Paleo CHOCO TACOS - kickin' off the weekend with a classic! We know these were retired and/or discontinued, so we got you!!! While these do have a few steps, they're so worth the extra effort! Happy Friday everyone! 🎉 . https://bit.ly/3Ql1tPj . @ottosnaturals @findcosmicbliss @food52 @watkins.1868
View on Instagram |
1/9 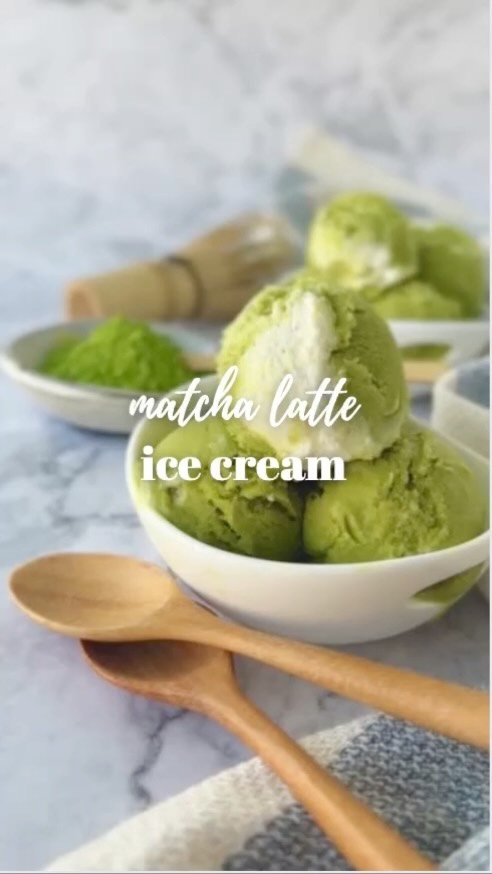 backporchpaleo
•
Follow
🍵 MATCHA LATTE ICE CREAM - All the creaminess but zero dairy or eggs! It's a thriller for sure & a swirling sensation you didn't know you were missing! Happy Friday Eve everyone! . Head to the blog via the link in our profile! @ottosnaturals @threetreesfoods @jadeleafmatcha @findcosmicbliss
View on Instagram |
2/9 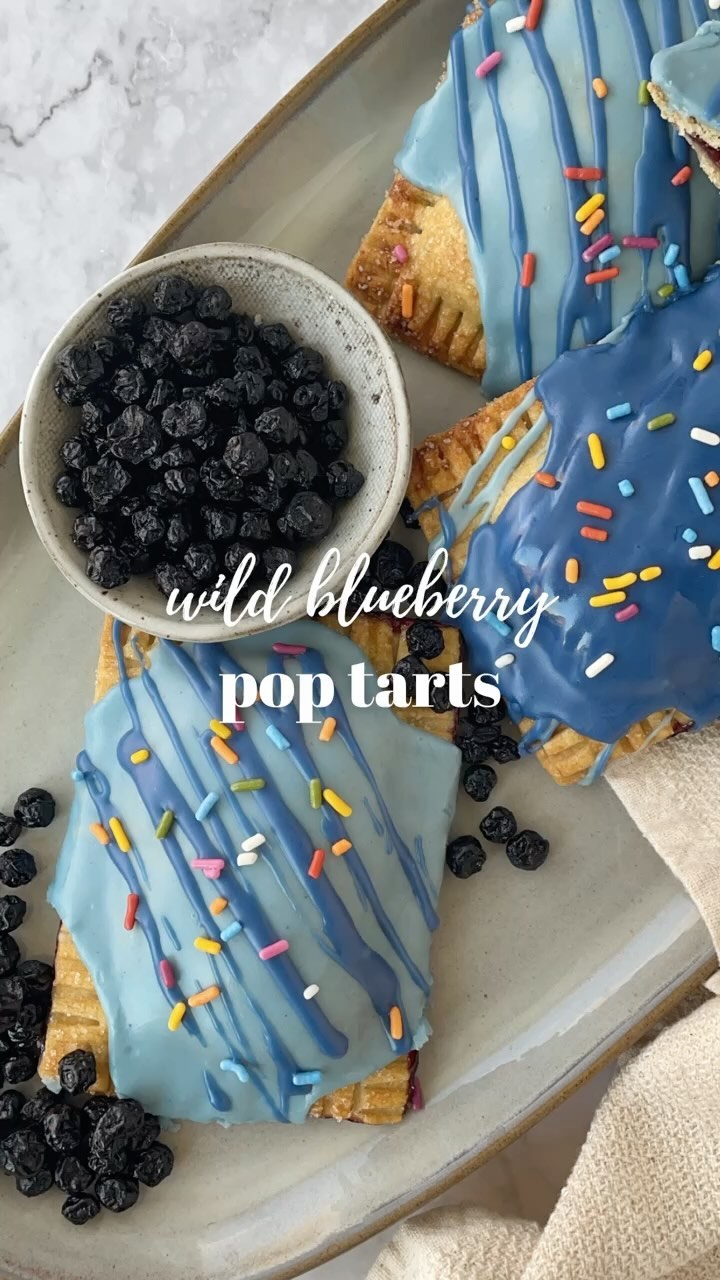 backporchpaleo
•
Follow
🫐 WILD BLUEBERRY POP TARTS! Baked in the air fryer, so you can enjoy these in no time friends! Basically a personal pie, that's conveniently now finger food & so delicious! . We use wild blueberry jam for the filling & the vivid color on the glaze is made possible with butterfly pea powder!! P.S. - oven directions are included over on the blog too, so no worries! . Use our original PIE CRUST recipe or our PIE CRUST MIX from @legitbreadcompany . Recipe via the link in our profile friends. 💛 🇺🇦 💙 @food52 @ottosnaturals @suncorefoods @cuisianart
View on Instagram |
3/9 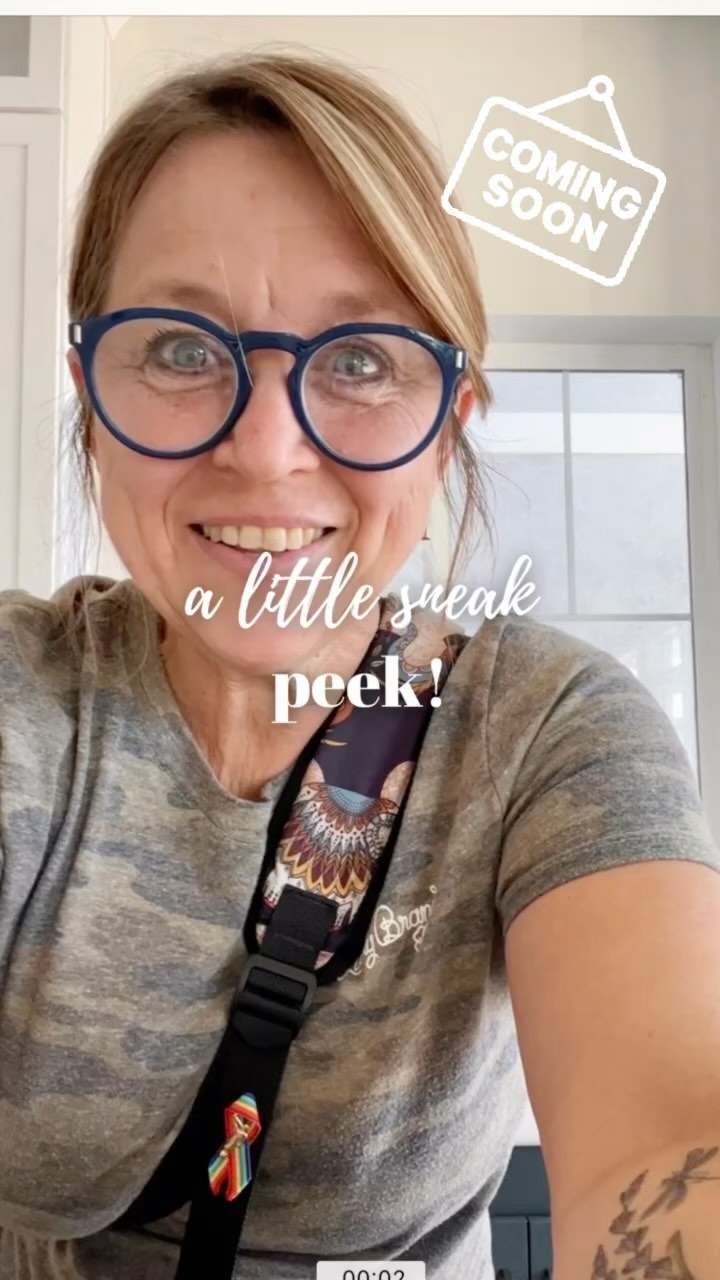 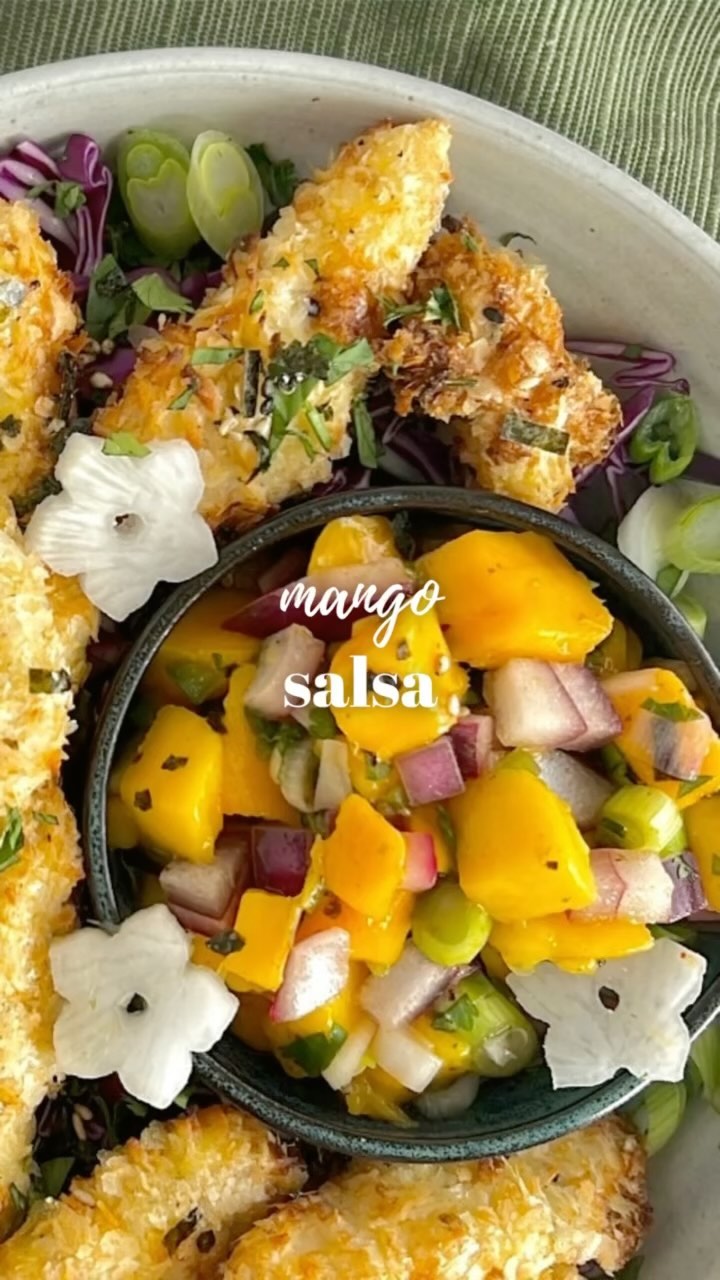 backporchpaleo
•
Follow
🥭 Got MANGO(E)S? Us too, so we're making our MANGO SALSA! We like the lil' kick of heat the jalapeno gives the salsa, but if you don't...skip it! Tonight we're pairing it with some mahi mahi, but if you're not, you can skip the furikake & sesame oil. Such a versatile condiment right?! 🥭 . What's your favorite way to enjoy/eat/consume/stuff your mouth to the brim with MANGO SALSA?! . Recipe for this deliciousness lives over on the blog with our FISH CHIPS recipe, a variation of what we're enjoying tonight for dinner. . https://bit.ly/3DIPDsP . @whole30 @food52 @pbwhole30 .
View on Instagram |
5/9 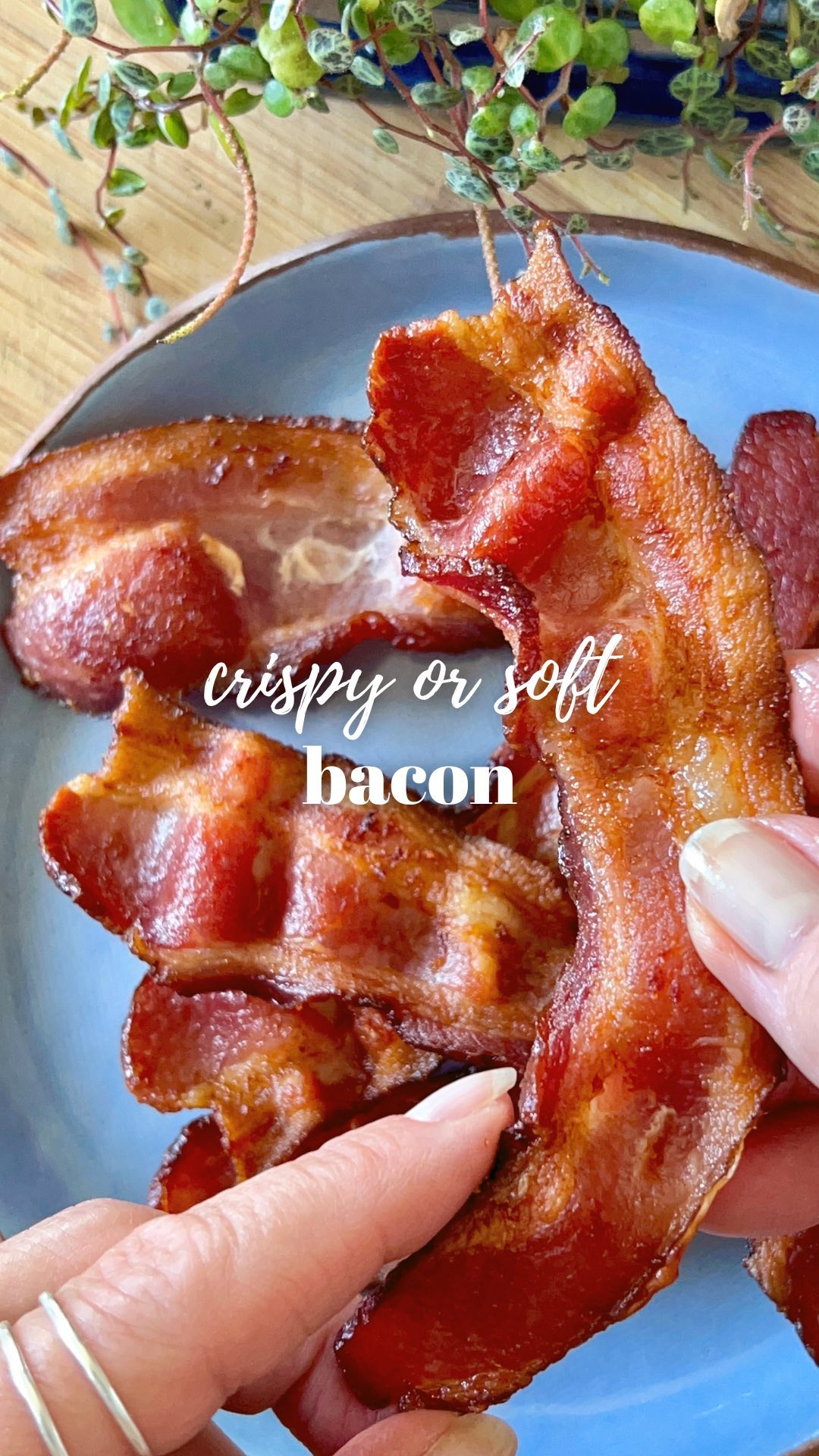 backporchpaleo
•
Follow
🥓 Easy like, YUM!! Are you team CRISPY bacon or SOFT bacon? We are all in on: team: AIR FRYER team: CRISPY BACON . Bacon, so many options to make it.... bake it, griddle it, cook it, but regardless, we LOVE it! . Let us know in the comments below, what's your fav way to prepare bacon & are you crispy or soft? . 🥓 Right now @butcher_box is offering FREE BACON for LIFE for new members! Be sure to check out the link in our tap.bio to grab that offer today so you can have a freezer stocked with bacon! https://bit.ly/3OZOAd1
View on Instagram |
6/9 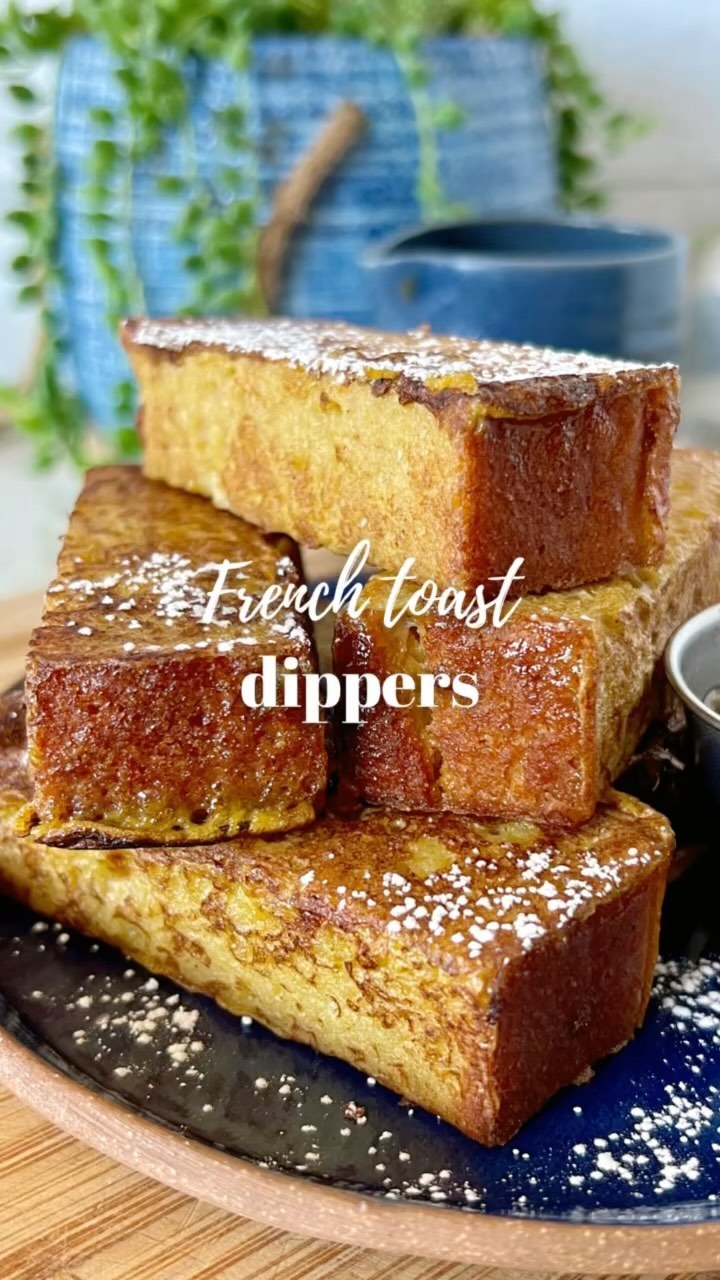 backporchpaleo
•
Follow
It's almost Sunday here so that means CARAMEL FRENCH TOAST DIPPERS for breakfast! A very fun, finger food forward way to enjoy breakfast, brunch or brinner! Fluffy golden brown dippers, you can dunk in a luscious caramel syrup! . This recipe uses our PALEO SANDWICH BREAD & @sweet.apricity salted caramel sauce & it's such a luscious variation on the classic French toast. . find the recipe via the link in our bio! . @fourthandheart @food52 @ottosnaturals https://backporchpaleo.com/2022/06/09/paleo-caramel-french-toast-dippers/
View on Instagram |
7/9 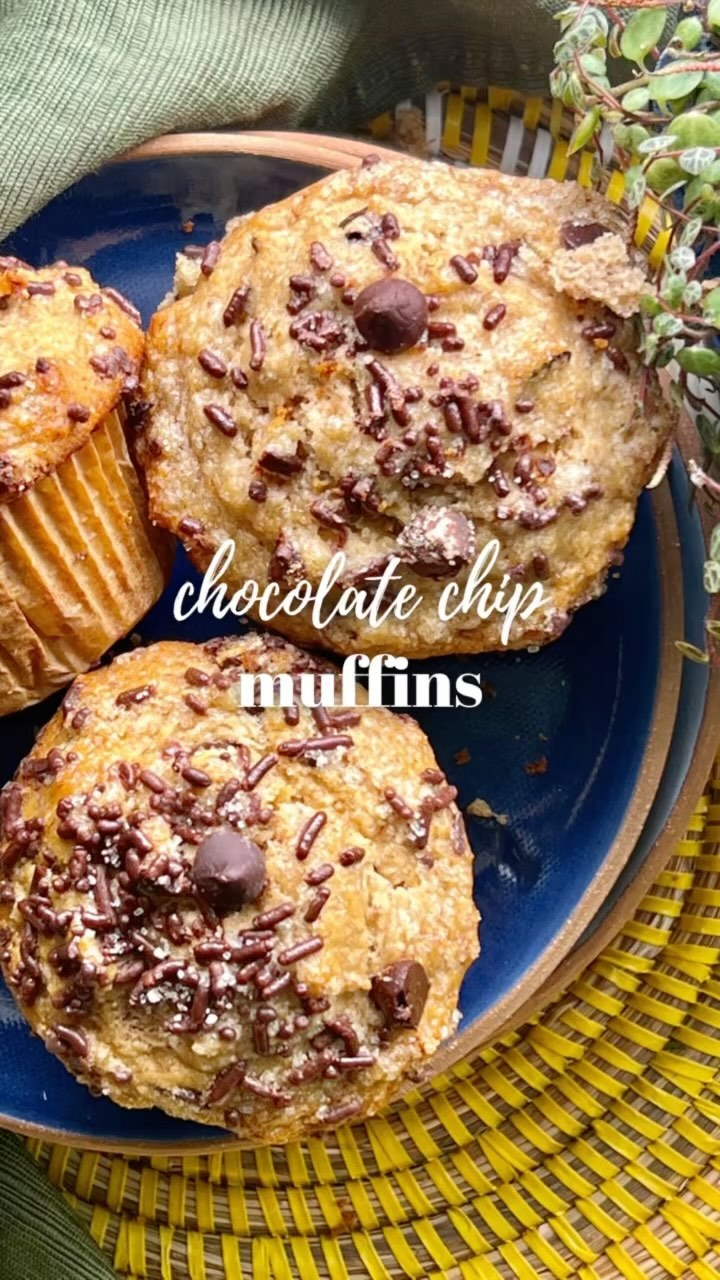 backporchpaleo
•
Follow
🍪 CHOCOLATE...CHIP...MUFFINS w/ chocolate sprinkles!! Because when you miss #nationalchocolatechipcookieday & remember you have some of these in the freezer, life is so GRAND! Besides...enjoying a FLUFFY, WARM MUFFIN vs a COOKIE, is it really a fair comparison! hahaha, NOPE!!! Happy FriYay everyone! . Recipe via the link in our profile! . http://bit.ly/2ZwMYOc @ottosnaturals @food52
View on Instagram |
8/9 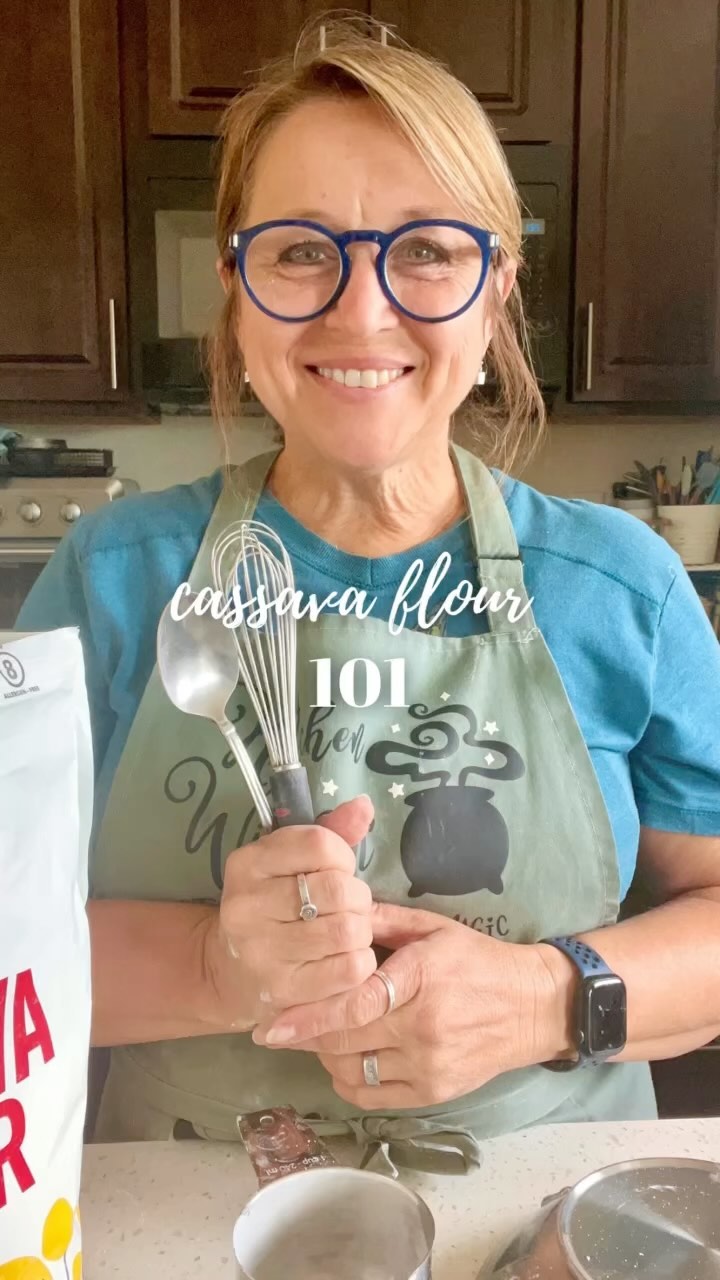 backporchpaleo
•
Follow
Lil' CASSAVA FLOUR 101 for everyone! I've been using cassava flour for over 7 years in my kitchen, so I kinda know my way around the bag & have only recently started using a kitchen scale. So, using a measuring cup has been my GO-TO! For the BEST success in making our recipes with cassava flour (or most flours actually) please do NOT scoop that flour out of the bag...you will be adding far more flour than you need in that recipe! . FLUFF UP the FLOUR & SPOON it into the measuring cup! . In my lil' measuring experiment: 🔹1 cup of SCOOPED flour = 180 grams 🔹1 cup of FLUFFED & SPOONED flour = 148 grams 🔹difference in flour = 32 grams (nearly 3 tbsp) of flour the recipe didn't call for which will result in a dry or crumbly result. . Now, if a recipe calls for weighing your flour & provides that information, you should have great success - so get that kitchen scale! . Team FLUFF & SPOON over here! How about you?? Drop a comment below! @ottosnaturals #ottosnaturals #cassavaflour101 #cassavaflour #nutfree #nutfreebaking #glutenfreebaking #backporchpaleo #grainfree #cassavaflourtip https://bit.ly/3zYiGZ7
View on Instagram |
9/9
View on Instagram
Loading Comments...
%d bloggers like this: