This is a recipe from our ebook Paleo Olé – we thought it’d be fun to share a recipe with everyone. We love these little hand pockets of goodness, and this new pastry recipe is simply wonderful. It only uses one flour, Otto’s Cassava Flour. So it uses minimal ingredients that are real and simply delicious.

Our original pie crust recipe is now available to order via our collaboration with Legit Bread Company. Making pies, galettes or even emapandas just got whole lot easier!

These little hand held pockets of tastiness go by many different names all over the world, but according to my Aunt Rita, they are empanadas in Mexico and they are filled with a sweet filling! Pumpkin or pineapple were the two she insisted were authentic and both are absolutely fabulous and so flavorful, they’ll keep you grabbing for more.

However, don’t let that stop you from filling this fluffy pastry with something savory, like our taco meat or Fall Flauta filling. Simply skip the cinnamon or maybe leave it in depending on the filling. A little hint of cinnamon with a savory filling could also be very delicious. Add a side of guacamole and salsa, you’ve got yourself a main dish!

These are the ultimate party food and we bet they’ll be the hit of your next family get together to cheer on that favorite team!

filling • pumpkin: combine all ingredients in small saucepan over low heat until, until warm & aromatic • pineapple: spoon finely chopped pineapple right onto prepared empanada round, sprinkle with a little maple sugar and a teeny pinch of salt dough 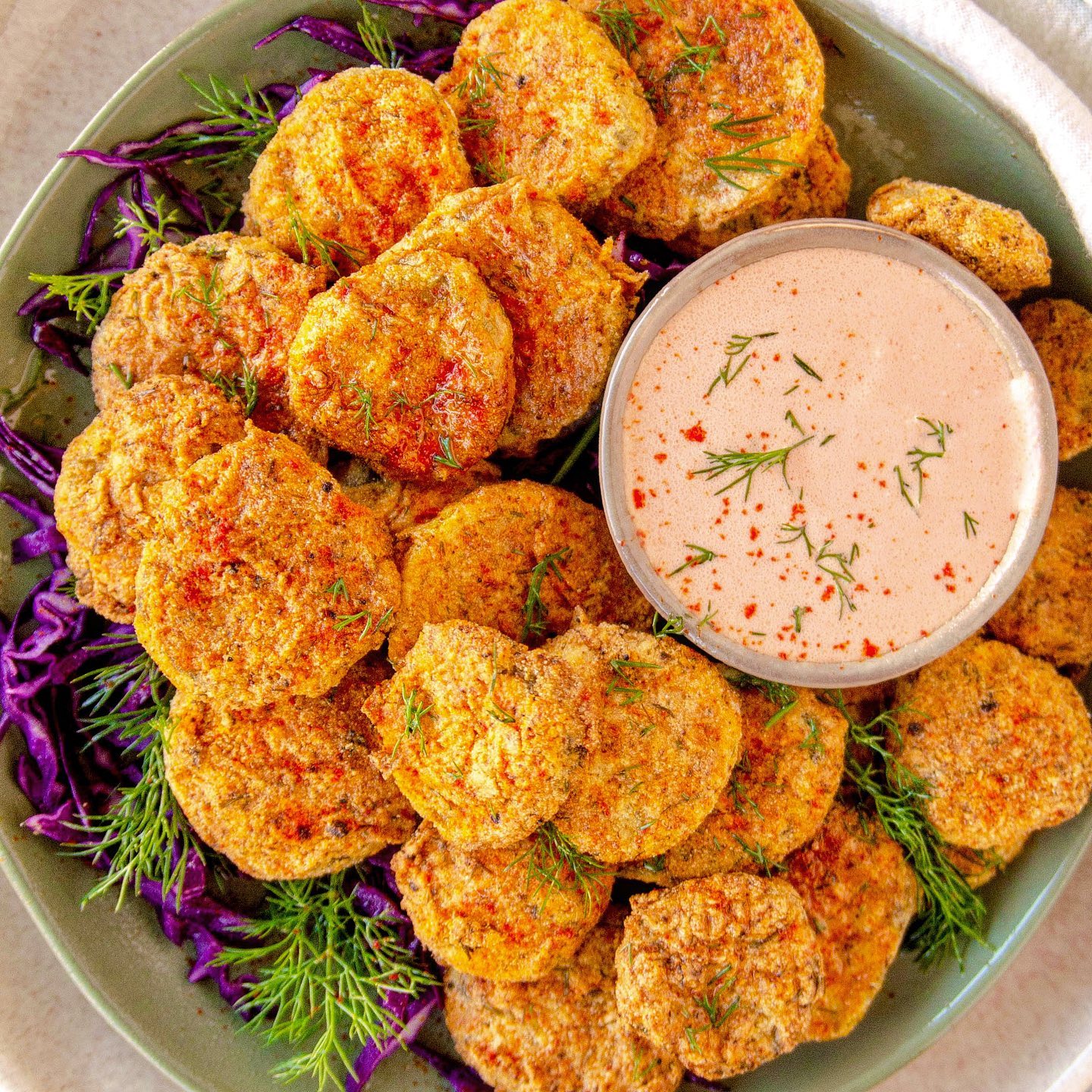 backporchpaleo
•
Follow
😎 AIR "FRIED" PICKLES a classic #fingerfood & might we say PERFECT for the big game headed our way! Game Day finger food never gets old!! 🙌🏻 . Juicy pickles with a crunchy & flavorful coating makes them so dip-ably delicious We like to dip them in @whole30 Secret Sauce! They are also tasty in a classic ranch. Make a double batch & serve both sauces!! . No air fryer, no worries! We have oven directions included as well. So simple to make you'll be making them weekly! Grab the simple recipe via the link in our profile. . @whole30 @cuisinart @food52 @ottosnaturals https://bit.ly/36sybK7
View on Instagram |
1/9 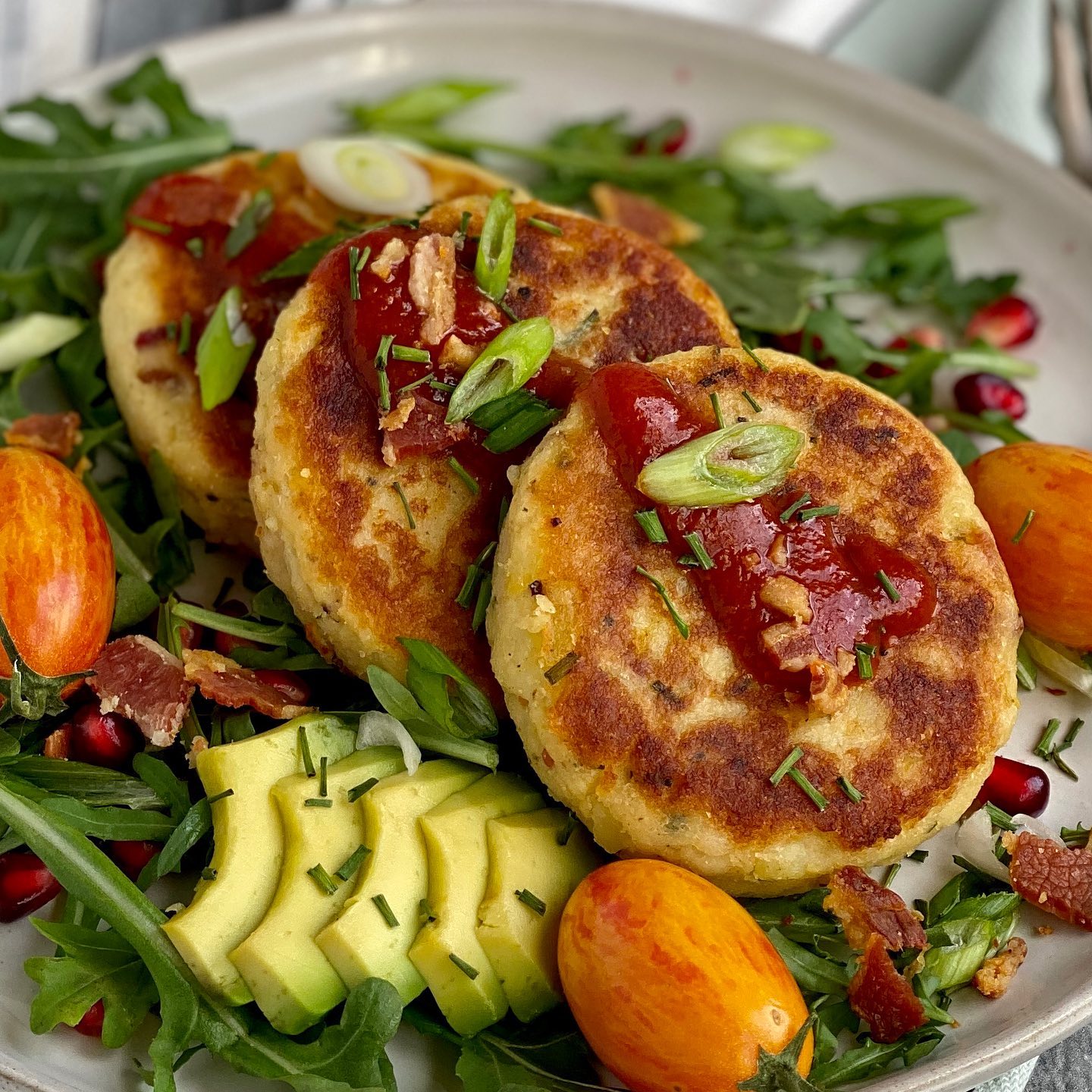 backporchpaleo
•
Follow
MASHED POTATO CAKES in the event that you might have leftover mashed potatoes hiding out in the fridge! Great for breakfast, but they are also fabulous as a side dish with any meal! Top them off with a bit of sriracha, salsa or guacamole! . PALEO & WHOLE30 - recipe via the link in our profile! . https://bit.ly/34N9AxL @whole30 @food52 @ottosnaturals
View on Instagram |
2/9 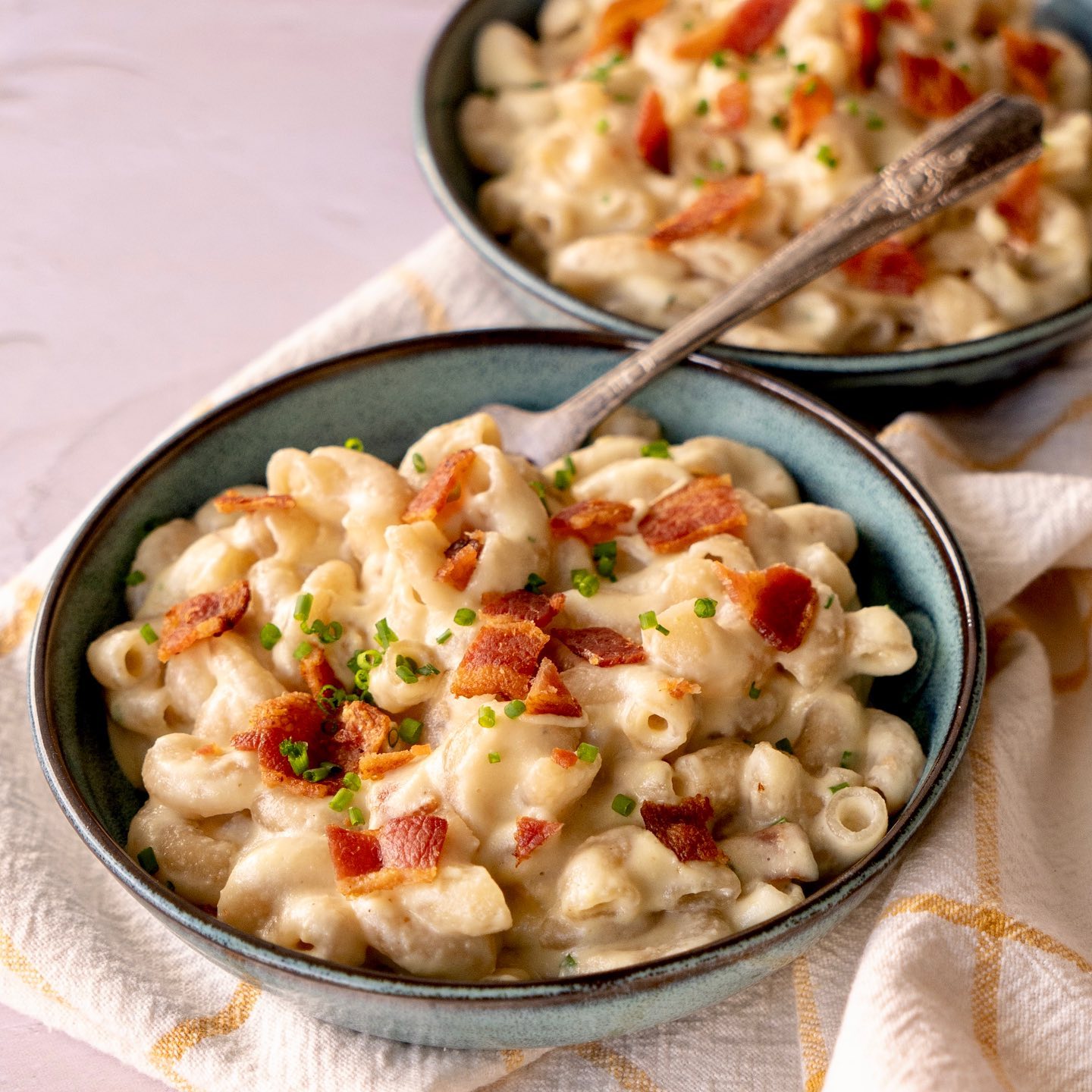 backporchpaleo
•
Follow
🥓 Sharing the BACON-INFUSED MAC N' CHEESE from our cookbook today over on the blog. A dairy free creamy sauce that is umami packed! A paleo version of an epic classic dish using cassava flour pasta. . 🥓Get some bacon baked up & grab that pasta...you're minutes away from classic comfort food!! Recipe via the link in our profile! . served up in a @nocrumbsleft Fred bowl in Moondust! 🤩 . @food52 @butcher_box @jovialfoods @redboatfishsauce @pagestreetpublishing https://bit.ly/3dUB89l
View on Instagram |
3/9 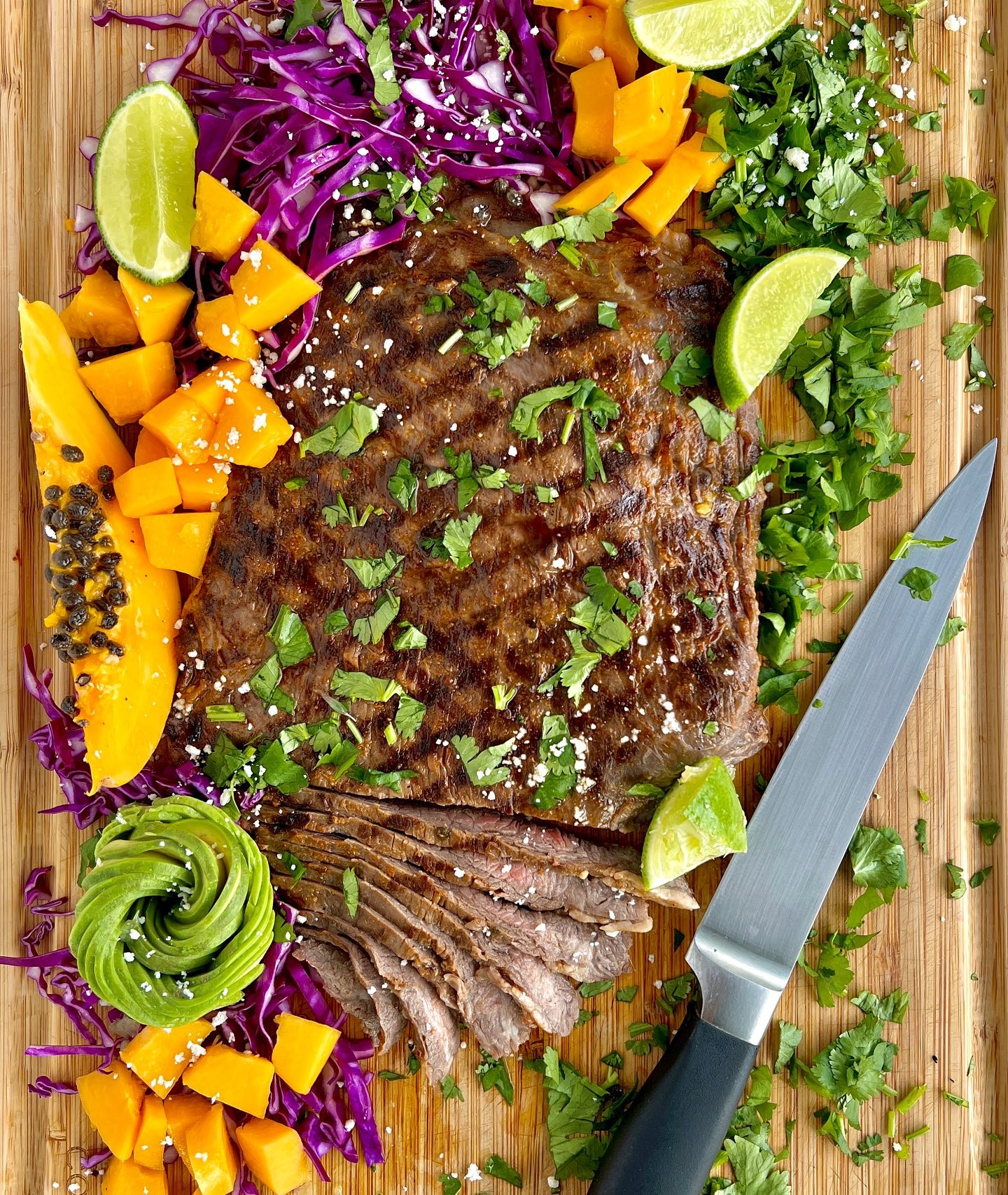 backporchpaleo
•
Follow
CHIPOTLE LIME FLANK STEAK - ready your taste buds for #tacotuesday friends!! Tangy lime with a teeny kiss of smokey heat from chipotle powder, all layered up with the splendid flank steak cut. It's one of our favs for marinating. . So much flavor...a blog classic with updated pictures & instructions so you all can enjoy it even more! Naturally PALEO, WHOLE30 & LOW CARB! . Super easy marinade recipe via the link in our profile! @thenewprimal @butcher_box @whole30 @food52 https://bit.ly/3fzIgIT
View on Instagram |
4/9

backporchpaleo
•
Follow
🍜 RAMEN for the Monday win! We made the RAMEN EGGS from the new book from @nomnompaleo 🥚 - LET'S GO! @nomnompaleoletsgo 💚 . Being a part of the launch team has been so enjoyable, learning about all that goes on behind the scenes! We couldn't be happier for Michelle, Henry & the O's - truly a family effort. . The book comes out tomorrow, so there's still time to "pre-order" & get in on all the fabulous perks that are being offered. She has an amazing sweepstakes valued at over $2K that you're automatically entered in when you pre-order!! (swipe left to see all the goods) . We've been Nomsters since 2014 & have been enjoying all her tastiness from the beginning of our journey. . Find the RAMEN EGGS on page 88 & the SHOYU RAMEN on page 134, which our ramen bowl pictured is an adaptation of. . CONGRATULATIONS Michelle - what a joy your creations & personality are to this community! . 📌 grab your copy of LET'S GO via the link in our profile or wherever books are sold. https://amzn.to/3IaUdBh #nomnompaleo #letsgo #rameneggs #paleoramen #paleo #backporchpaleo
View on Instagram |
5/9 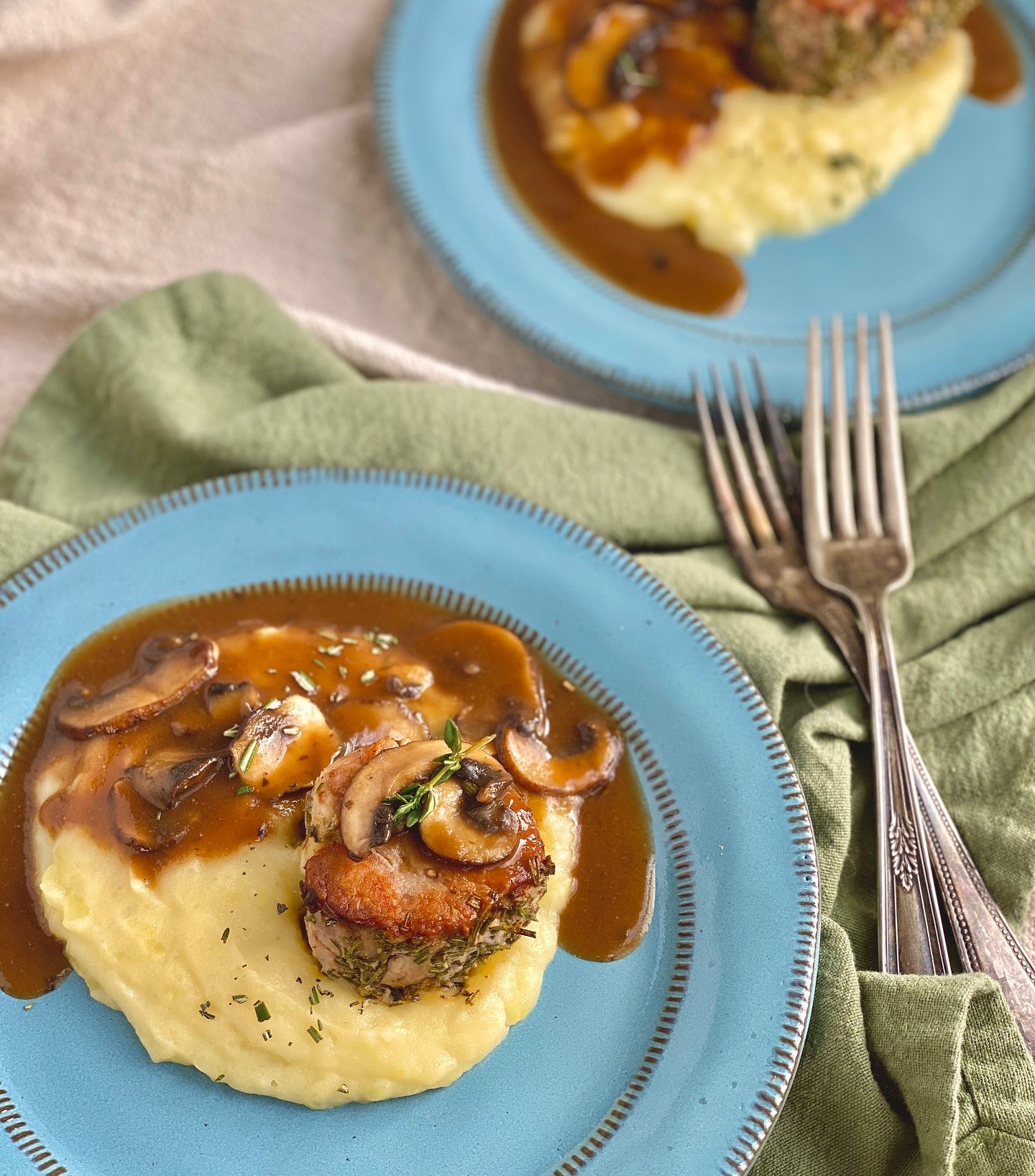 backporchpaleo
•
Follow
HERB CRUSTED PORK MEDALLIONS w/ BALSAMIC SAUCE ~ A quick & delicious meal for any weeknight meal. You can serve it with your favorite potato mash, cauli mash, swoodles or zoodles. Also, feel free to eat it right out of a pan, it's truly that tasty! . Recipe via the link in our profile ~ @whole30 @food52 @ottosnaturals . http://bit.ly/2r6Vd7j
View on Instagram |
6/9

backporchpaleo
•
Follow
THE DEVIL'S SASSY SISTER ~ not your average deviled eggs! Zingy with a blend of avocado, lime and cilantro! PLUS, the extra filling is FABULOUS used as a veggie dip, spread on top of sweet potato toast, schmeared on fried eggs or even grilled meats. Who doesn't love a versatile condiment!!! . @whole30 @food52 https://bit.ly/3jAHUoj
View on Instagram |
7/9

backporchpaleo
•
Follow
copycat CAFE RIO GRILLED CHICKEN SALAD & CREAMY TOMATILLO DRESSING! . Had such a blast today demo’ing elements of this recipe today for Steph’s Whole30 group ~ so honored to be a part of her lineup of “teaching moments” ~ so many fun new friends!! @cookbycolor 🌈 #colorFULLife is where it’s at!! 🤗 . FUN FACT: the very first Cafe Rio was here in Utah! St. George to be exact & when the 2nd location arrived in Provo, back in the early 2000's, guess who saw them make their DRESSING! Yep, it was a spectacular moment & one taste buds everywhere are happy about! . The chicken is marinated overnight for optimal flavor, whip up the dressing the next day, grill up that chicken, make some guacamole, pico de gallo & slice the greens. Dinner is DONE! . Recipe(s) via the link in our profile ~ @whole30 @food52 @nocrumbleft https://bit.ly/31XbB9v
View on Instagram |
8/9

backporchpaleo
•
Follow
🍋 LEMON CURD LINZER COOKIES to brighten up your feed! These cute lil' gems are made with our PIE CRUST recipe or you can use our PIE CRUST MIX from @legitbreadcompany ~ 🍋 . Not overly sweet & are bursting with lemony zing! A perfectly wonderful recipe for what we like to call "dessert prep" - cookies & lemon curd can be made up days in advance. When you're ready to enjoy, these are minutes away from snack time! Simple recipe via the link in our profile! @food52 @ottosnaturals @nocrumbsleft https://bit.ly/3usLlAa
View on Instagram |
9/9
View on Instagram
Loading Comments...
%d bloggers like this: